For the past eleven years, First Serve has been an annual day of service, held during the second Sunday in September, led by First Congregational Church of Hudson in partnership with the  Islamic Society of Akron and Kent, Temple Beth Shalom of Hudson and supported by many other faith communities in Hudson and the Akron area. We focus our projects in the North Hill Community. 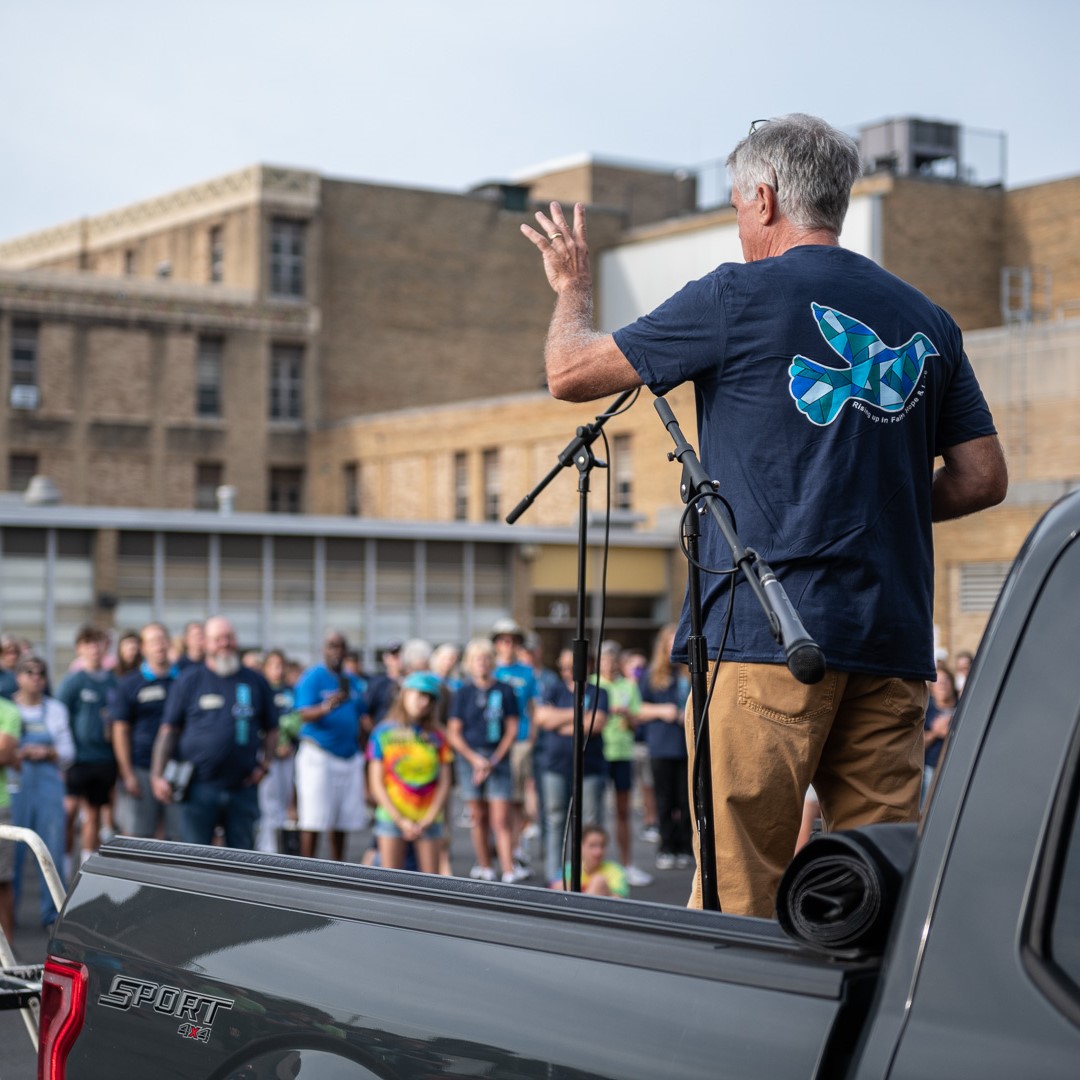 The North Hill Community is located north of downtown Akron. The neighborhood developed rapidly in the 1910s and 1920s, and became Akron’s preeminent immigrant neighborhood, home to a large Italian and Polish population. Today, it is once again Akron’s preeminent immigrant neighborhood, now home to a thriving and growing community of newcomers from Bhutan, Burma, and Nepal, according to Jason Segedy, Notes from the Underground. Projects are located at the Patterson Community Center, Sammis Park, Akron Metropolitan Housing Authority, neighborhoods parks, non-profit organizations, business and residential properties.

The morning kicked-off at North High School’s back parking lot with a meaningful Sending Service, led by multi-faith leaders from First Congregational Church of Hudson, The Islamic Society of Akron & Kent, and Temple Beth Shalom. Afterwards, teams of volunteers went to their project sites updating and refreshing classrooms, hallways, and restrooms. They also washed windows, created learning flashcards, updated and painted murals, built wood structures, refreshed the bulletin boards, organized a science lab, and installed teacher name plates. Neighborhood children joined volunteer families at the soccer skill clinic held on the school’s front lawn. Everyone gathered under the school’s shade trees for a picnic lunch, meeting one another and sharing experiences of their day. In addition to the work completed at NHS, volunteers weeded and gardened at Elizabeth Park, taught refugees how to use the laundry machines at Laundry Time, stained the pavilion at Akron Coop Farms, handed out bikes and helmets at Rooted in Christ Church, and installed a new fence at Trinity UCC,. 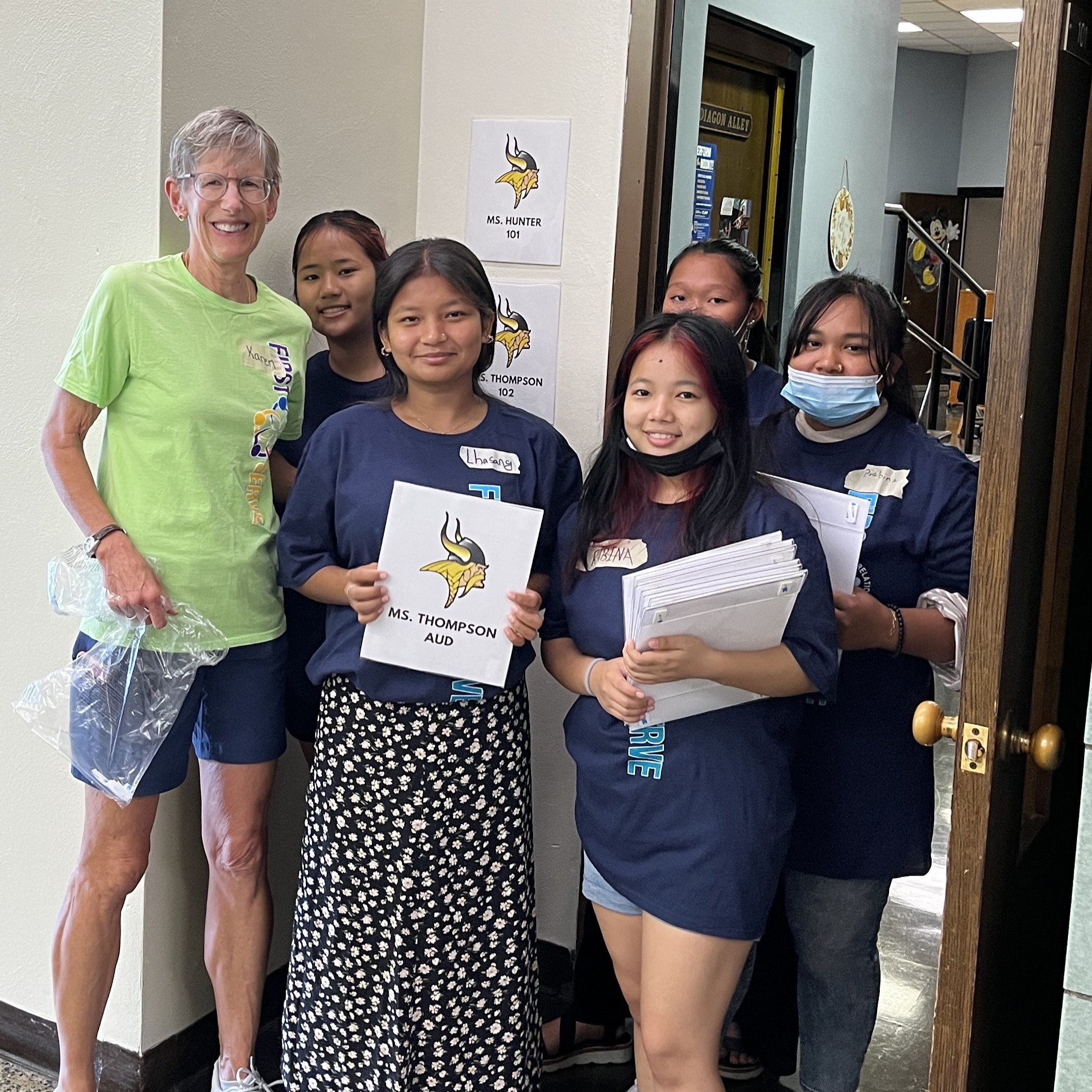 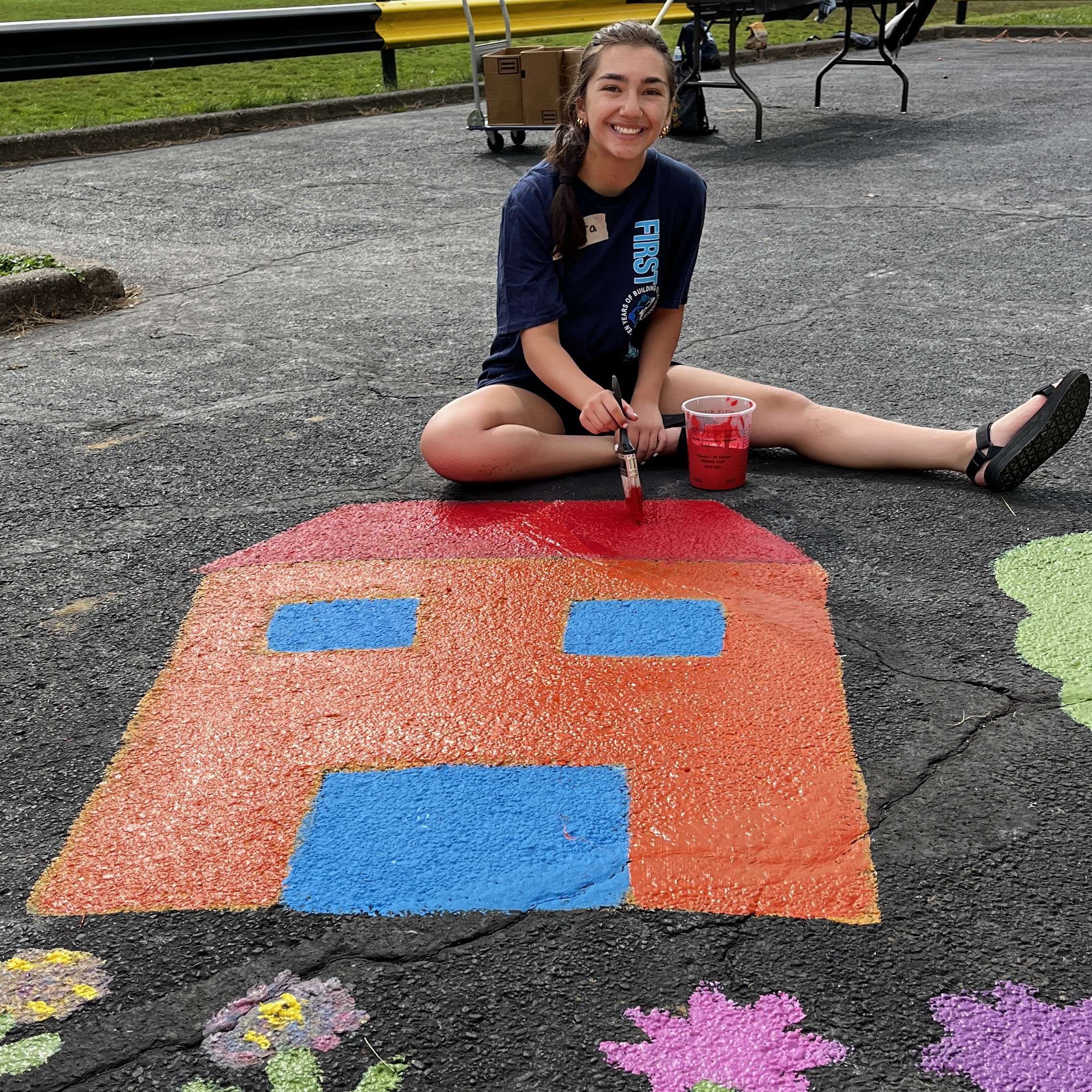 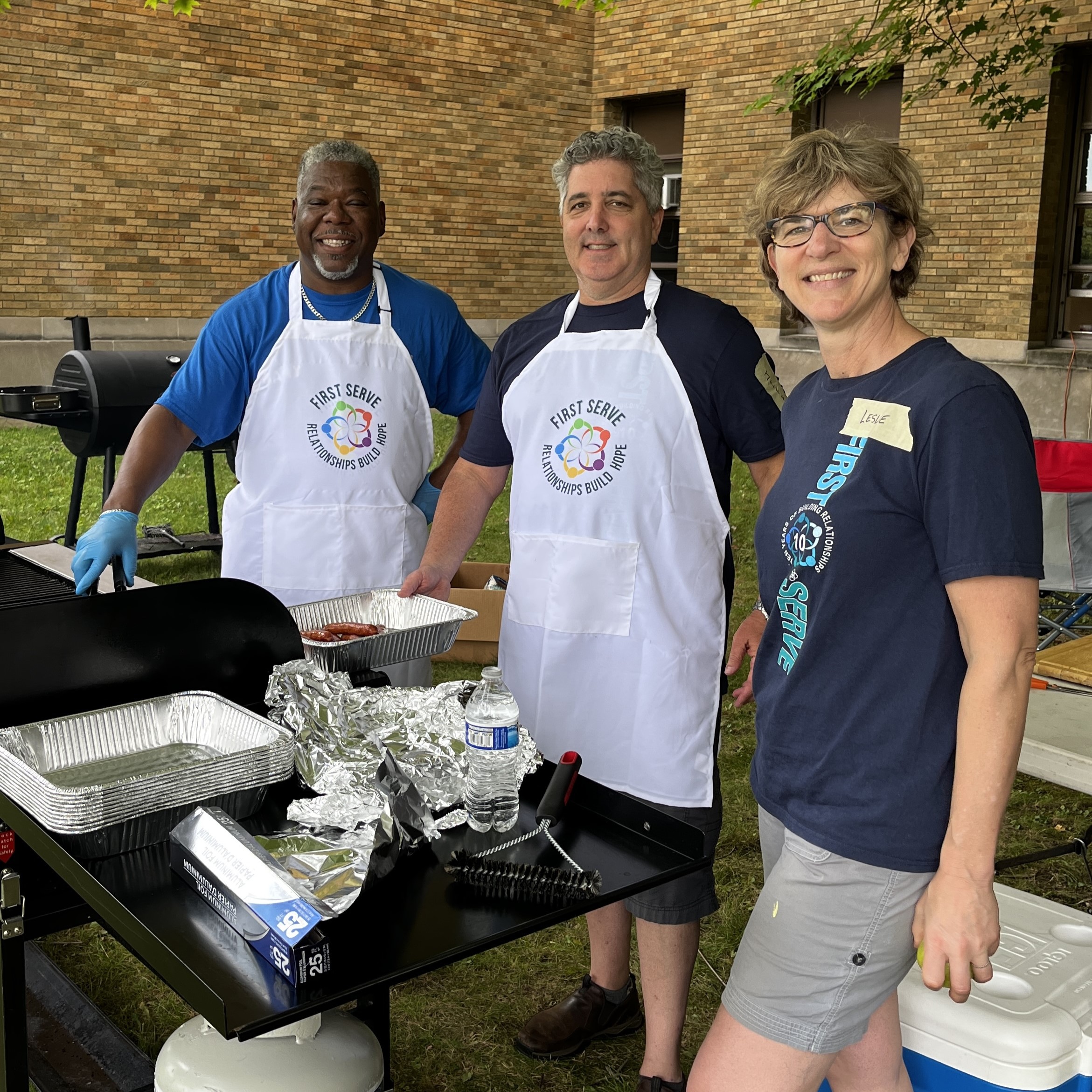 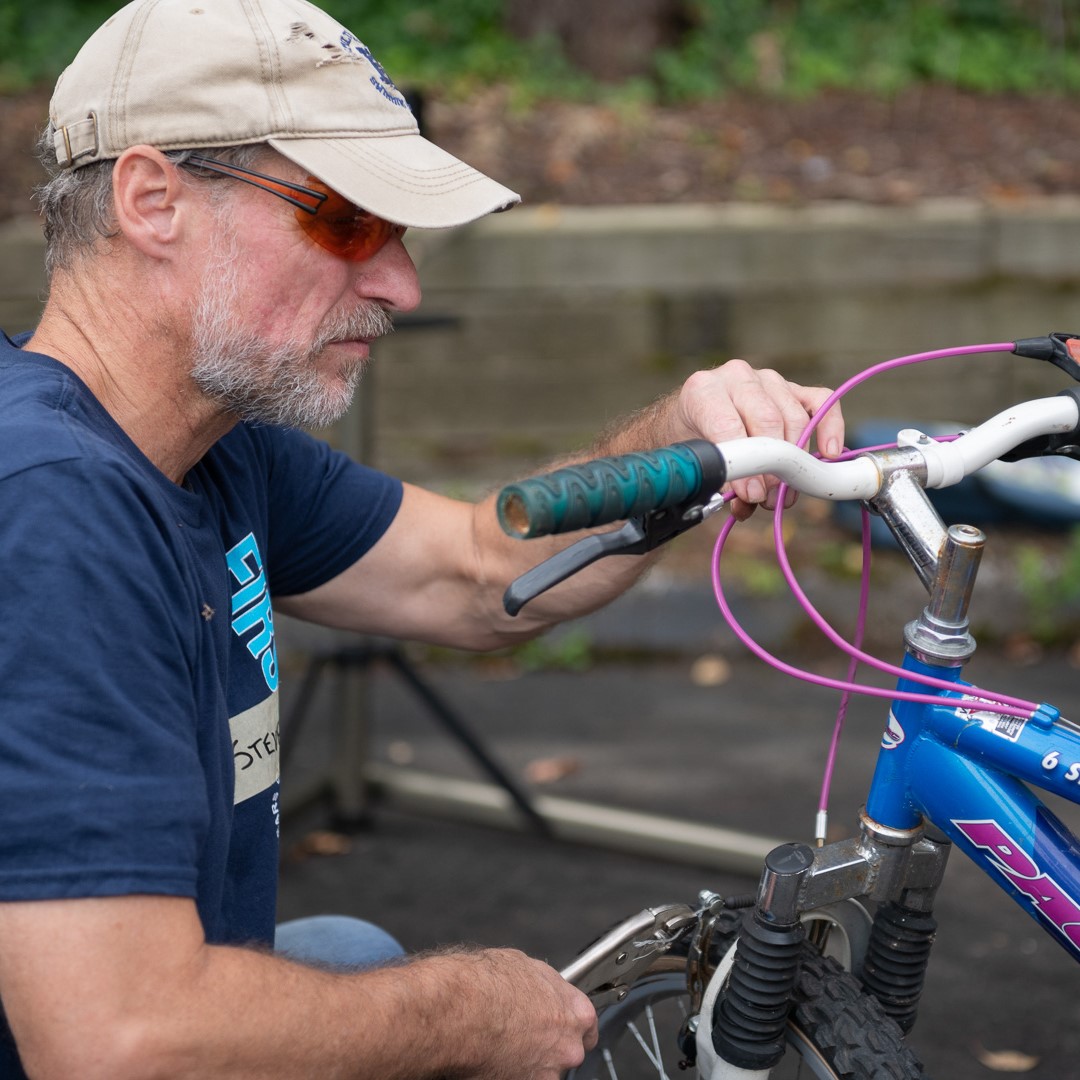 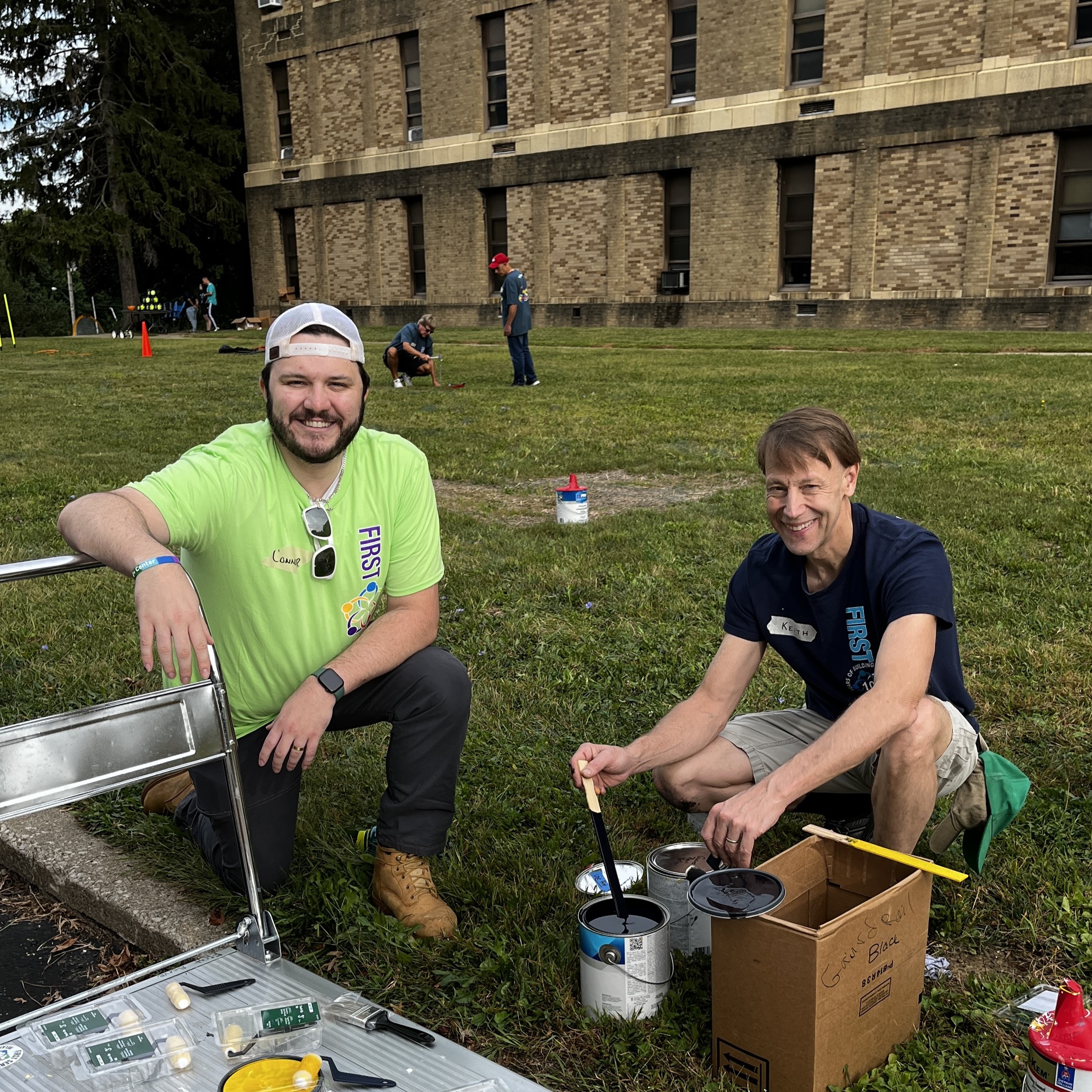 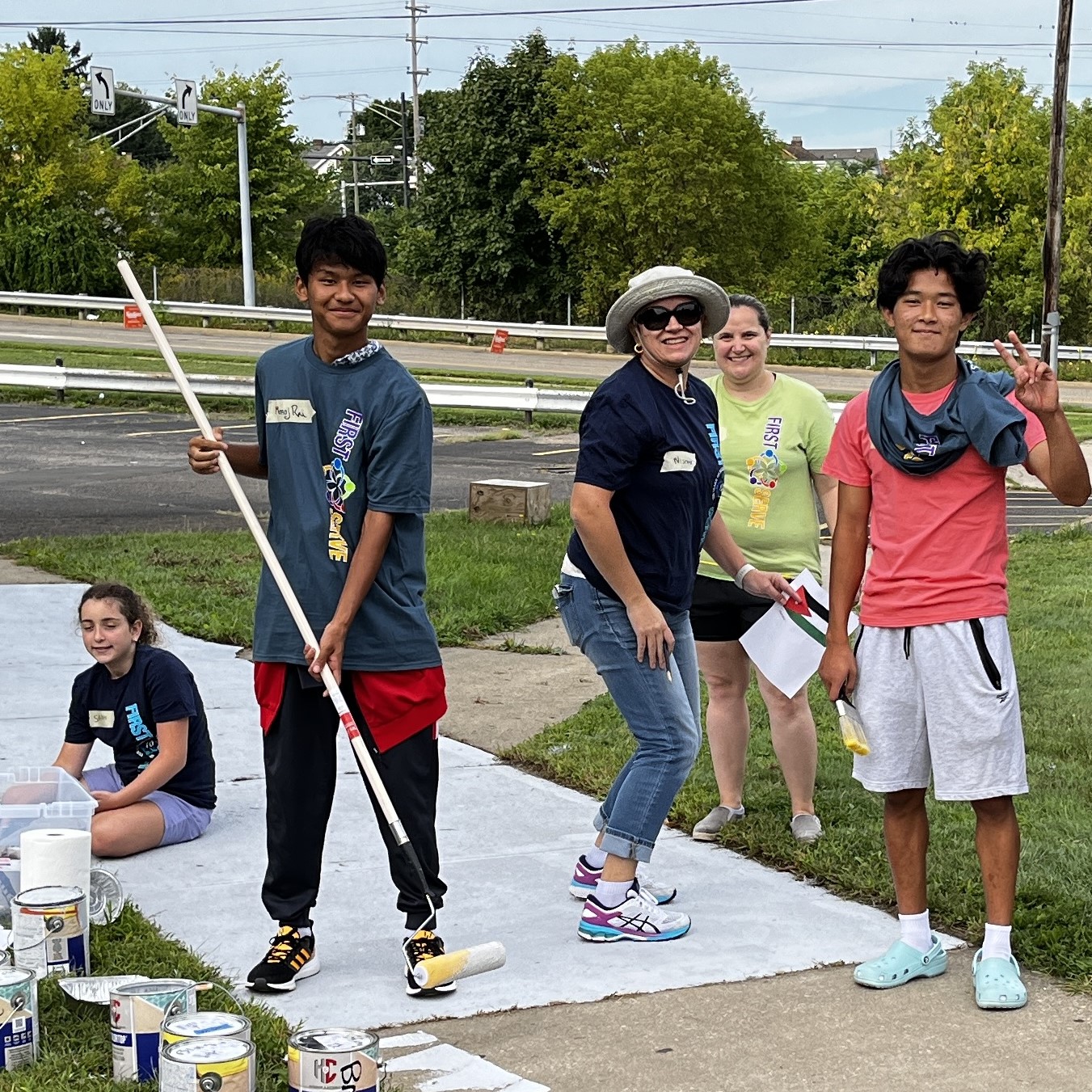 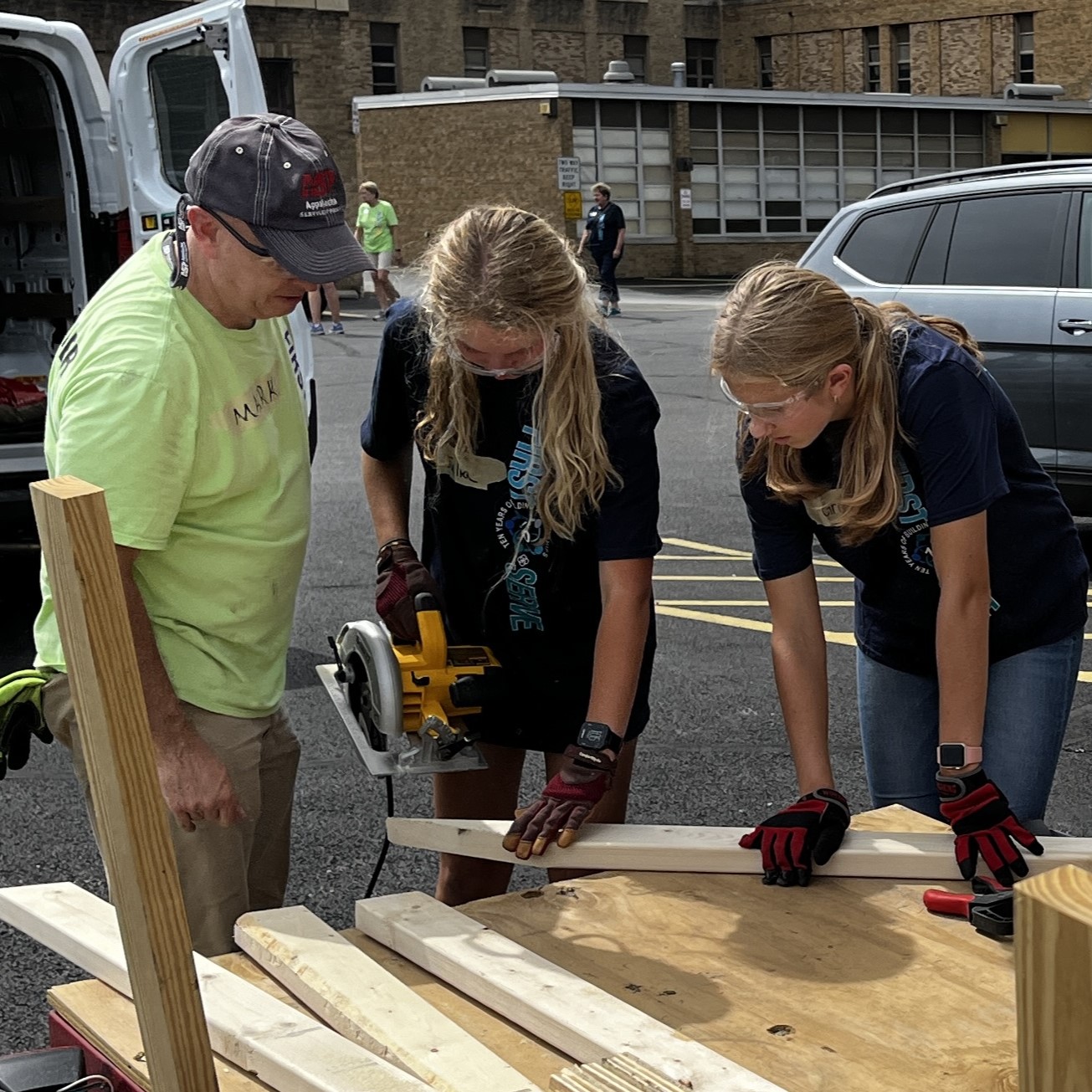 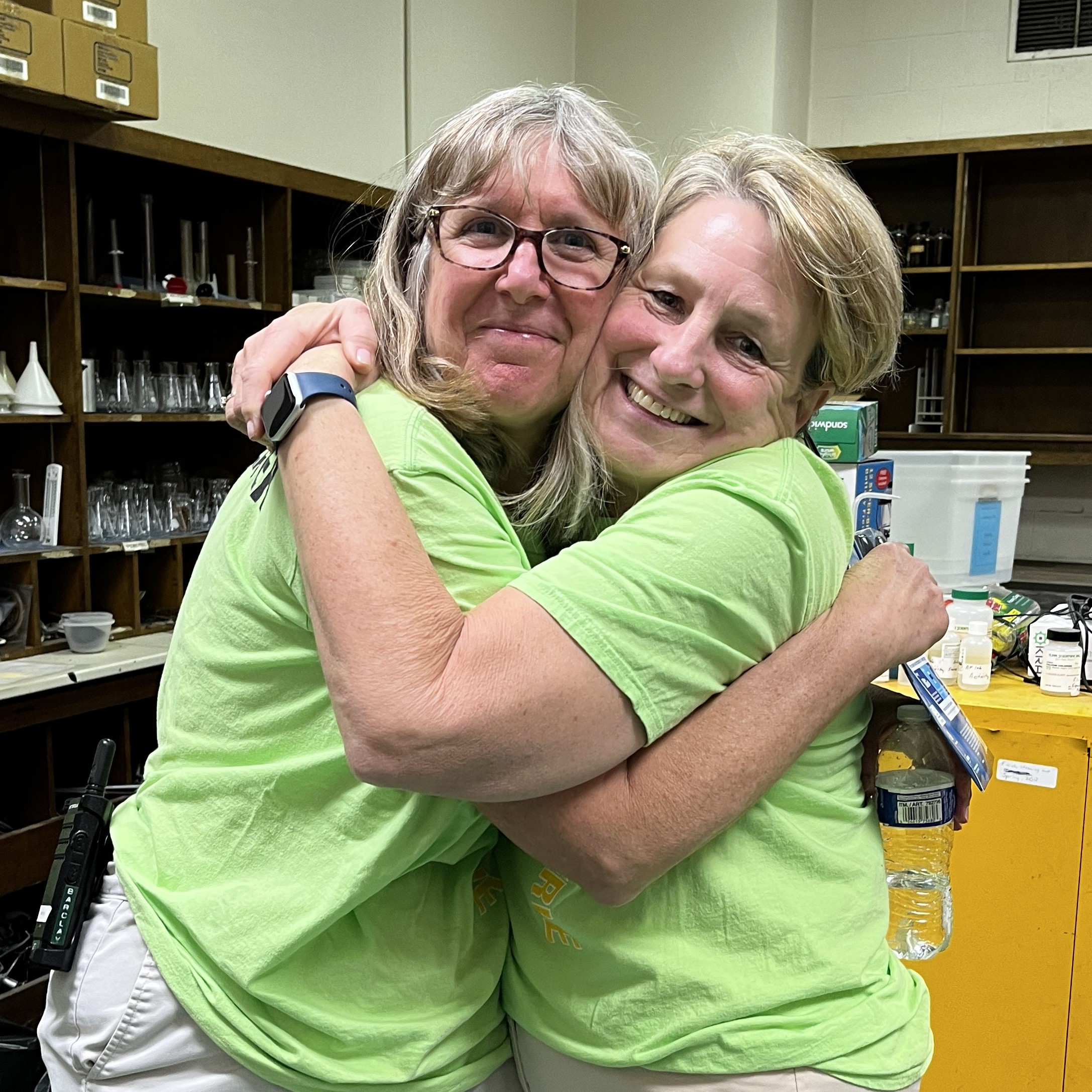 Notes of Gratitude from 2021 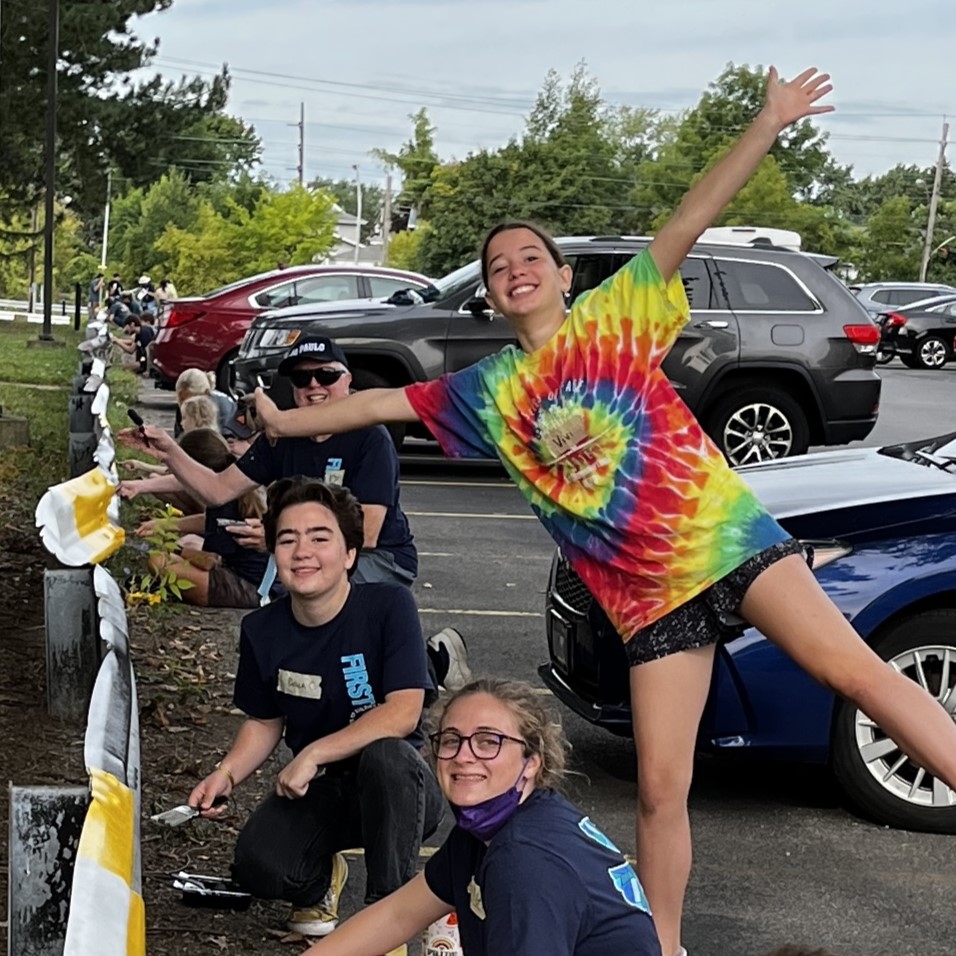 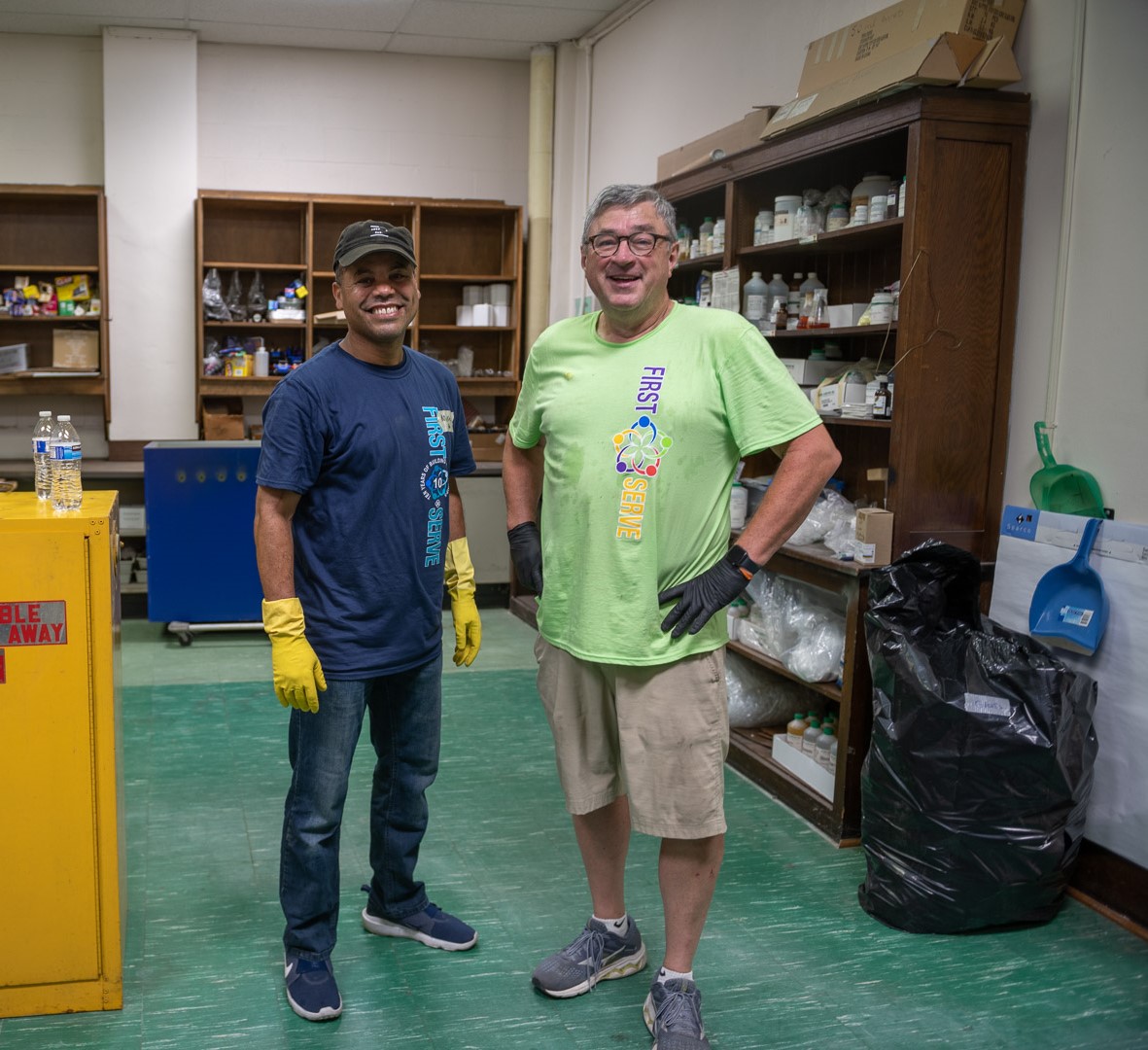 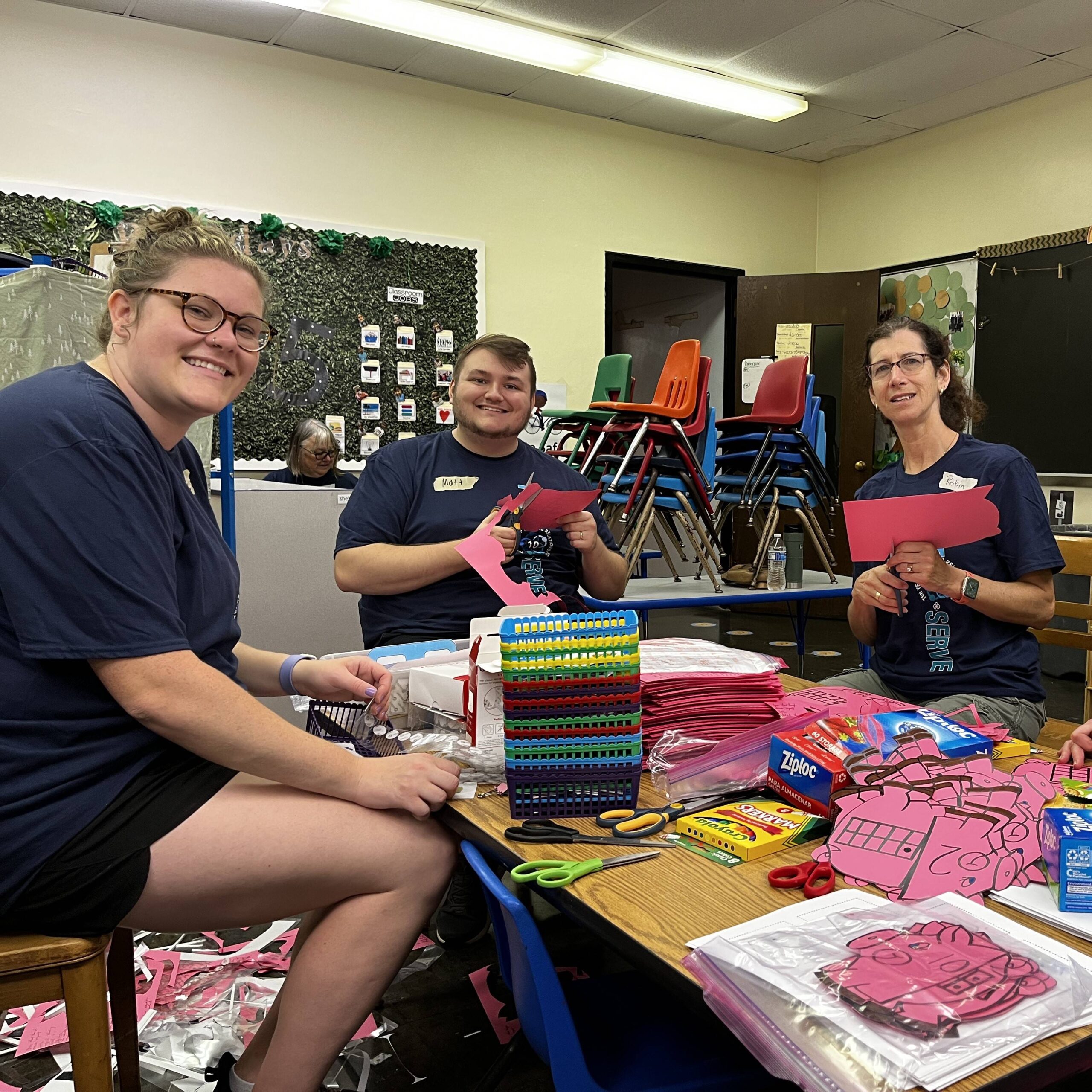 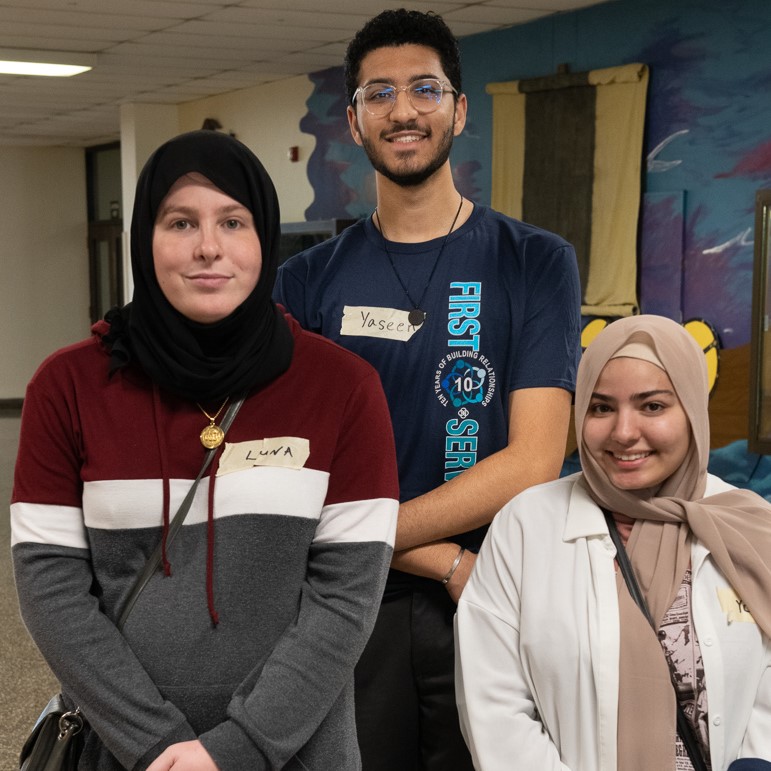 Thank you soooo much for making our school look better!!!!! My favorite is the Teachers Lounge and the history hung up on the walls! Honestly I love everything you guys do for us!!!! Thank you soo much again!

As a member of the Trinity Clothing Store team, I want to say thank you again for your support and that of the many volunteers for the clothing giveaway on September 11 at Trinity Church. We were able to meet and help many from the larger community with the clothing and goods they needed; the day provided another chance to strengthen relationships and this was best of all.

I just wanted to extend my thanks for a wonderfully run soccer clinic at First Serve yesterday.  My whole family enjoyed the experience – especially my boys.  Will said he had fun playing with kids his age and, even though they really couldn’t communicate language-wise, he said he learned he could still play with them and have fun together.  My older son Xander said it was so nice when one of the dads came over to him at the end and told him via Google Translate, “It was good playing with you today.”  The soccer balls and jerseys you provided were so generous. First Serve is such a wonderful activity in so many ways.

I want to say thank you to all of you for your hard work at North High School.  You have made such a difference in our building for our students and staff.  Your kindness and generosity is so appreciated.  The teacher lounge is so beautiful   What a wonderful place to eat lunch and hang out with other staff, collaborate as teachers, and just hang out during our planning. In addition, thank you for the history in our main hallway. This will go far to encourage our students that they can be overachievers.  May God bless all of you and again thank you for your kindness to our school. Our students and staff appreciate all you have done and will do to improve our school. Thank you.

I loved my day at North High School!  It was a positive experience all the way around!

As a teacher here at North High School, I wanted to say a personal thank you for all that First Serve is doing here.  It is evident that First Serve has a passion for helping others and we are grateful beneficiaries of that service. Thank you again for all that you have done here at North High School!  We as teachers and students are ecstatic about the help you are giving!

North High School is the most diverse high school in Ohio with students representing over 20 countries. Languages spoken at North include English, Nepali, Spanish, Farsi, Karen, Burmese, Swahili, and many more. The demographics of North are approximately the following:

North High School was originally located at what is now Jennings Middle School. In 1931, the present North High School was built on Gorge Boulevard. The new building housed 10th-, 11th- and 12th-grade students and officially became North High School. In 1955, a major addition including an auditorium, cafeteria and gymnasium was completed. Then in 1970, a vocational wing was added; and, in September 1972, North High School became a four-year high school once again. During the fall of 2017-2018 school year, NHS became the first of the Akron Public Schools to model college and career academies, adding many updates to the building. 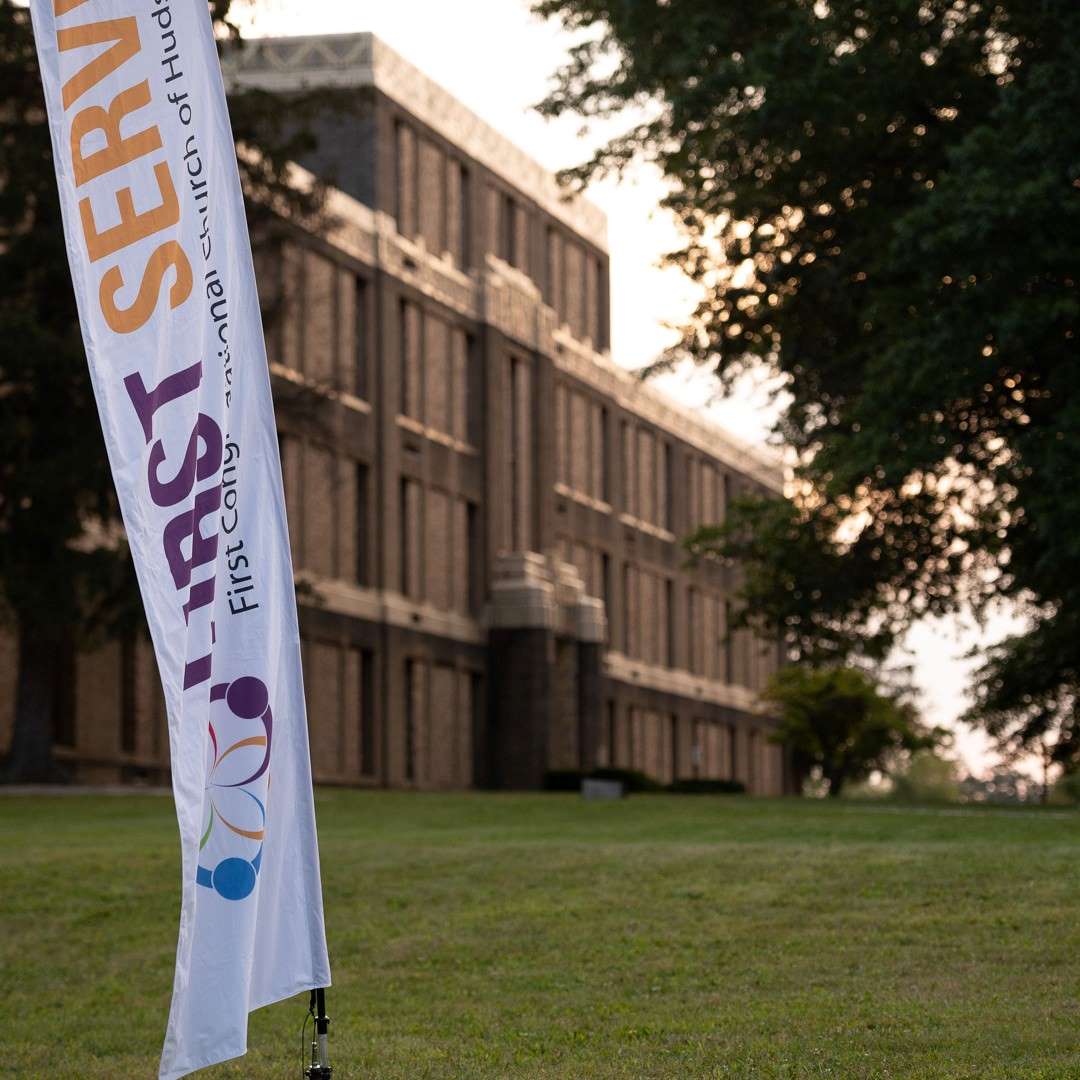